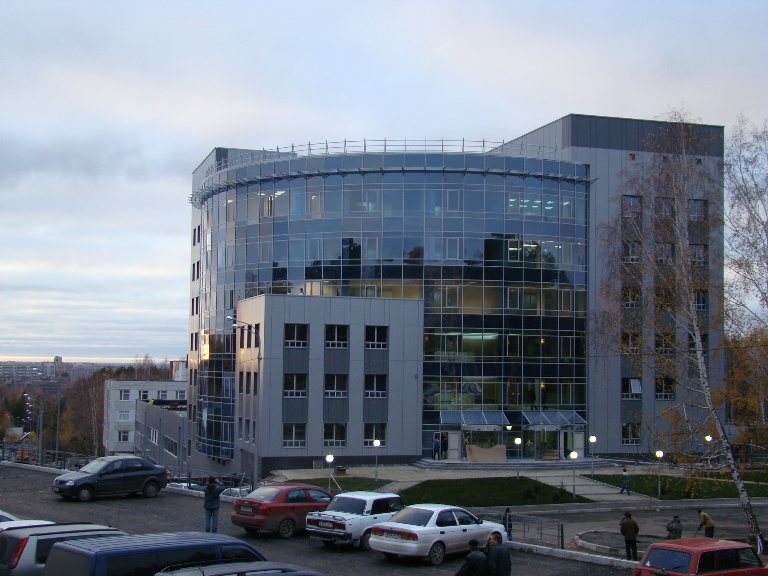 MedLine, Ltd. was established in June, 2005 as a research and development enterprise engaged in the development of next-generation medical devices designed for urinary calculus lithotripsy and treatment of urolithiasis.
The Administration of Tomsk Region and the Fund for Promotion of Small Business Development in the Sphere of Science and Technology, under the "Start" state-run program, gave a great deal of assistance in MedLine's creation and development. We have carried out a range of R&D activities under this program, thus creating the basis for the Urolit Nanopulse Lithotripter - the first and sole Russian contact lithotripter, which employs an ingenious and innovative method of lithotripsy. The machine is novel in that the effect of a nanosecond, low-power electrical pulse is generated within the bulk of a material rather than along its surface. The power here is thus expended on the destruction of the material rather than on the formation of a shock wave in fluid.
The machine has been clinically tested while being duly authorized (specification requirements, certificate of conformity, registration certificate, etc.) in such recognized medical institutions as: Siberian State Medical University under the leadership of A. V. Gudkov, Chief Urologist of Tomsk Region; Medical Sanitary Station No. 2 (Tomsk) - V. Y. Afonin, Chief of Urology Department; Tomsk Military Medical Institute - A.V. Petlin, Head of Department. In late 2006, the machine received positive testimonials according to the test results in the Urology Research Institute (Moscow) and was recommended for use in medical treatment facilities.
Since its establishment MedLine, Ltd. has taken an active part in medical exhibitions and conferences: both in highly specialised ones organised by the Russian Society of Urologists, and in regional and international ones.
In October of 2005, the company received an award certificate in the competition "Best Innovative and R&D Project of the Year", held in St. Petersburg.
In 2007 the company won the regional prize in the category of "Best Innovative Startup of the Year".
In 2008 MedLine, Ltd. went through the certification process and obtained ISO 9001:2000 certification for quality management system compliance.
In 2008 MedLine, Ltd. received the status of Tomsk Special Economic Zone resident.
In 2011 our project was acknowledged by experts as a project that complies with the Skolkovo Centre's project participant criteria.
More than 150 Urolit machines are successfully functioning in urology departments across Russia and the CIS. Our customers include the Urology Research Institute (Moscow and Saratov), the M. F. Vladimirskiy Moscow Regional Research Clinical Institute and the Pediatric Research Institute (Moscow), the First State Medical University (Moscow), Siberian State Medical University (Tomsk) and Bashkirskiy State Medical University (Ufa), Amur Regional Children's Hospital (Blagoveshchensk) and Regional Clinical Hospital (Anadyr), Regional Clinical Hospital (Khanty-Mansiysk and Stavropol), Veterans Hospital (Dzerzhinsk and Krasnodar), Regional Clinical Hospital (Kazan), Emergency Care Hospital (Stavropol, Volgodonsk, Tomsk).
Presently, MedLine, Ltd. is preparing to enter the European market and is undergoing an audit in order to receive the CE mark.
MedLine, Ltd. is not resting on its laurels - we are using corporate intelligence, knowledge and new technology to create a new line of machines for lithodialysis in other vital organs of the human body.
The MedLine, Ltd. team is young: our average age is 35. We are young and talented. We are ready for new achievements and successes.